As well as giving back hours of productive time to business users Speaking Email is helping people living with disabilities in a study at University of South Carolina, and a finalist in the NZ Hi-Tech Awards.

Research is underway at the USC School of Medicine using Speaking Email and other low cost tech to assist people with disabilities. We are very proud to be involved in this study, which is so far helping people living with macular degeneration and severe dyslexia.

This month Speaking Email was named a finalist in the 2017 Hi-Tech Awards.

Many users have asked for voice commands and reply dictation - they have been our most requested features. We now have both these features fully baked and released. (You may have seen these features already - we put them out and refined them over the past couple of weeks.)

Personally, I was skeptical about how useful voice would be.

These features took a while to come to fruition because we wanted to do it well or not at all. Given the experiences I've had using software like Siri, Talkler, and trying out other voice assistants, I thought voice would be annoying to use. 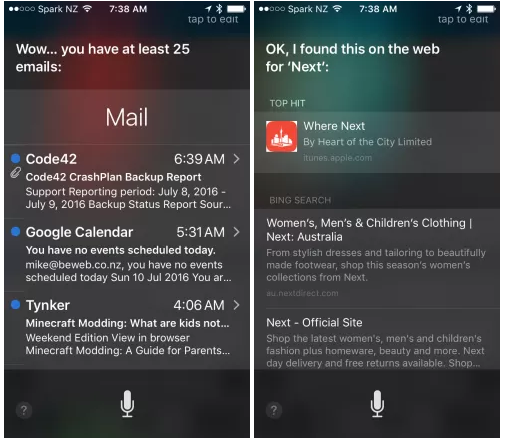 If Siri mishears a command it just says "I didn't understand that" and stops. No chance to try again.


How we did it

We've tried to address these sort of issues. I'll give you a rundown of how it works.

Tap anywhere to see the command buttons. Then either tap a button or you can say its name, like "trash". 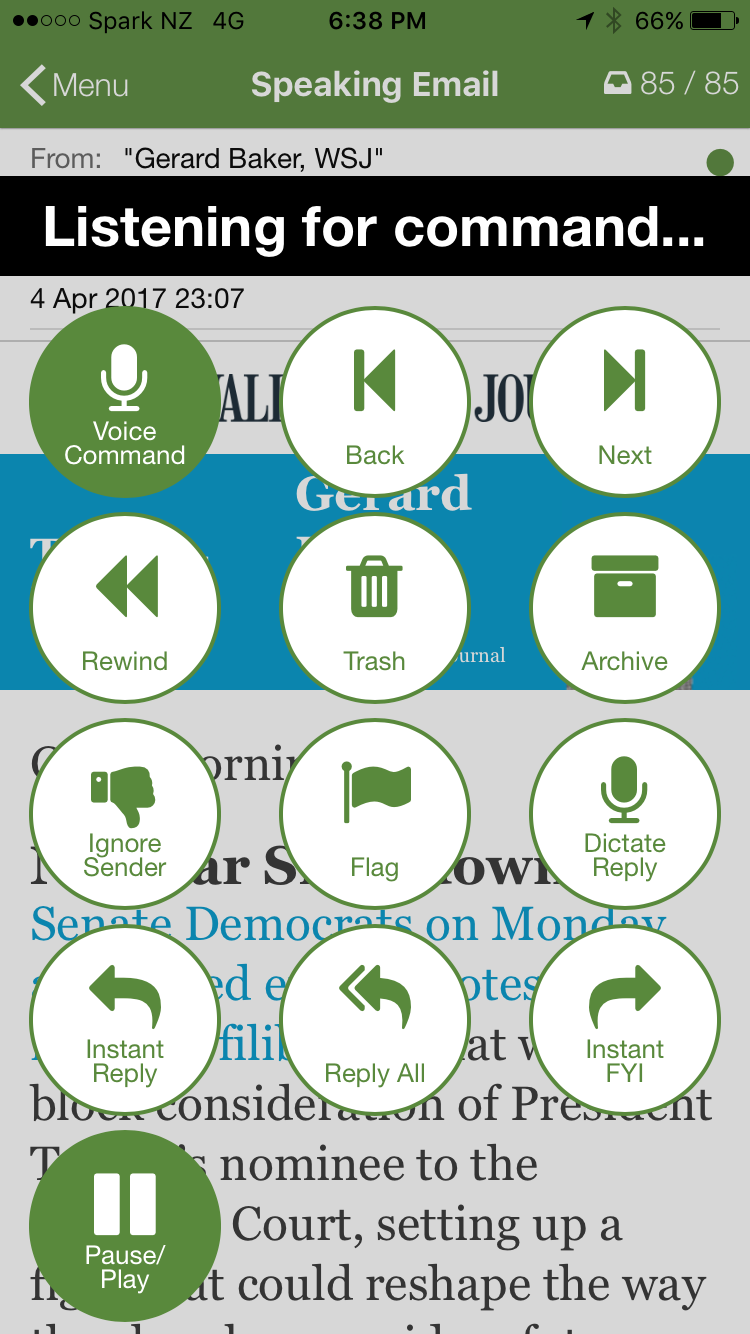 For the "forward"  command, a list of your preset forwarding recipients is shown. You can say the first word of the email address to select the person to send to. For example for "mike.nelson@beweb.co.nz" say "mike".

Speaking Email dictation keeps listening as long as the operating system will allow - on iOS this is two minutes and it's ok if you  pause for breath during this time. At this time on Android unfortunately a pause of a couple of seconds will stop the dictation (so you need to speak without pausing). 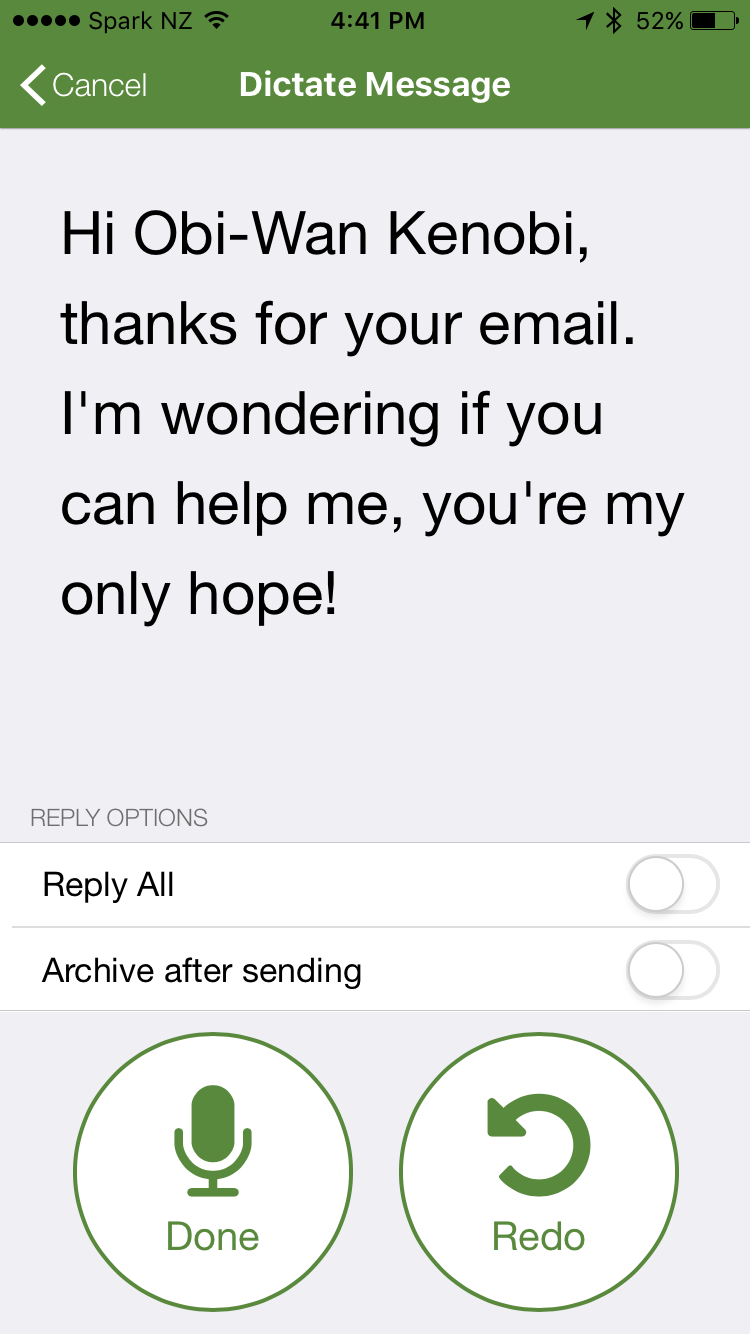 When you tap "done" or pause for 10 seconds (2 seconds on Android) Speaking Email repeats back what it thinks you said so you can change it before sending. You can say "redo", "send", "cancel" or "more" to add more. If you say "send" or "cancel" it carries on reading your next email to you without further ado.

We've taken care over the little things that make all the difference:

And you know what? After my initial skepticism I now find the voice commands and dictation incredibly useful and don't know how I got by without them!

Actually, it's not just me, other people agree. Here's Scott Middleton, a sales VP at Access Partners in California:

The game changer for me with your app was your new feature that allows dictating replies and functions. That is a huge advantage for Speaking Email over all the other apps...

I absolutely love the app and being an outside sales rep in the car 4 to 6 hours a day find it incredibly helpful. It is literally freeing up and hour or two of time for me every day I am on the road by having a lot less time at the desk doing email. THANKS!!!

We found sometimes the dictation engine would come out with something a little off beat that we hadn't intended. So we decided to embrace that and added a light hearted disclaimer in our tagline.

You can turn our tagline off in Preferences if you want to, and/or add your own signature.